Casa Manolo I - villa with pool in Spain

Climbing on the mountainside at the small village of Archez in Andalucía, just a stone’s throw from the famous Costa Del Sol, multicoloured, rounded houses with mosaic flowing all over, and strange shapes like rolling waves with figures out of some fairytale, has of course raised a lively local debate. These unique houses has become a big tourist attraction and the villages of Archez, Cómpeta and Sayalonga are proud to show people coming up from the coast the extra-terrestrial buildings tossed between the whitewashed, traditional Spanish houses.

The builders were influenced by Antoni Gaudi and Friedensreich Hunderthwasser and others as an unavoidable cultural heritage. They used the same materials with broken tiles when they created around patterns 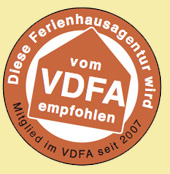